Add to wishlistAdded to wishlistRemoved from wishlist 0
Add to compare
Top Trumps
SKU: 23016 Categories: 5 to 7 years, 8 years and up, Age, Card Games, Games

Harry, Ron and Hermione enter their sixth year during dark times as the Wizarding World has finally acknowledged that Lord Voldemort is back. To give Harry a fighting chance, Professor Dumbledore educates him about Horcruxes and the two embark on a perilous voyage to recover one which sadly ends in tragedy. With the arrival of the enigmatic, Professor Slughorn, Harry’s sixth year at Hogwarts is filled with magic and danger. Relieve the excitement with Harry Potter and the Half-Blood Prince Top Trumps! Pit your favourite characters against each other to find out who really possesses the most magic or is the most cunning. It’s a game even Muggles will enjoy! 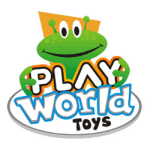